Saroswoti is now 32 years old and a successful businesswoman. But not long ago her life use to be a daily struggle. She was working hard both as a housemaid and a construction worker. Both jobs are extremely physically hard with long hours, little rest and a poor pay. Even with her two jobs they could not afford school, so her two children did not receive any education.

Life at home was not easy either. She was beaten by her husband and the parents-in-laws daily. She lives in the house of her in-laws, and they refused to speak to her as they thought she was not a good enough wife for their son. All because she came from a different district and a different cast, which made it difficult for her to be accepted by the family and the community.

Luckily, Saroswoti was selected for the WAWCAS Program in September 2017. And after three months of training she received seed money of 25,000 NRP, equivalent of 1,500 DKK, to start her own business.

During the training, Saroswoti became certain that she wanted to open a small eatery. So, with the money in hand, she bought materials she needed to get started. After buying furniture and cooking materials, she only had a few rupees were left. In the beginning she could not afford to have any groceries in stock. Thus, when customers came and ordered e.g. noodles, she ran to the nearest grocery to buy what she needed and then back to cook the dish. She started with only tea and noodles, but slowly, when more customers came, and her business bloomed, she added more and more to her menu.

Now, 6 months after she has completed the 16 months WAWCAS Program, she sells many different dishes in her eatery; chilichips, potatoes and much more. It did not take her long to pay back the seed money, and her business is doing better and better. Recently she expanded, and just during the last Holi Festival in march, she sold for 80,000 NPR - 4,800 DKK. Her private life has improved. Both her children are now in a private school and her husband does not lay a hand on her anymore. He has changed his behavior towards her in her process of growing and becoming the primary supporter of the family. A she is still very active in the women group, where they help each other realizing new ideas and taking care of the savings and loan program, so they can take their business to the next level.

But Saroswoti is not done with her dream of becoming a successful businesswoman. Her plan for the near future is to start a homestay. In order to that that, she will need to buy land, and build on it and move the eatery to the homestay.

The women are trained in taking care of each other and working together. It secures a long-term success rate for the individual and is the key to bring the family and the local community out of poverty.

Meet the women below and follow their journey out of poverty in the monthly women stories. 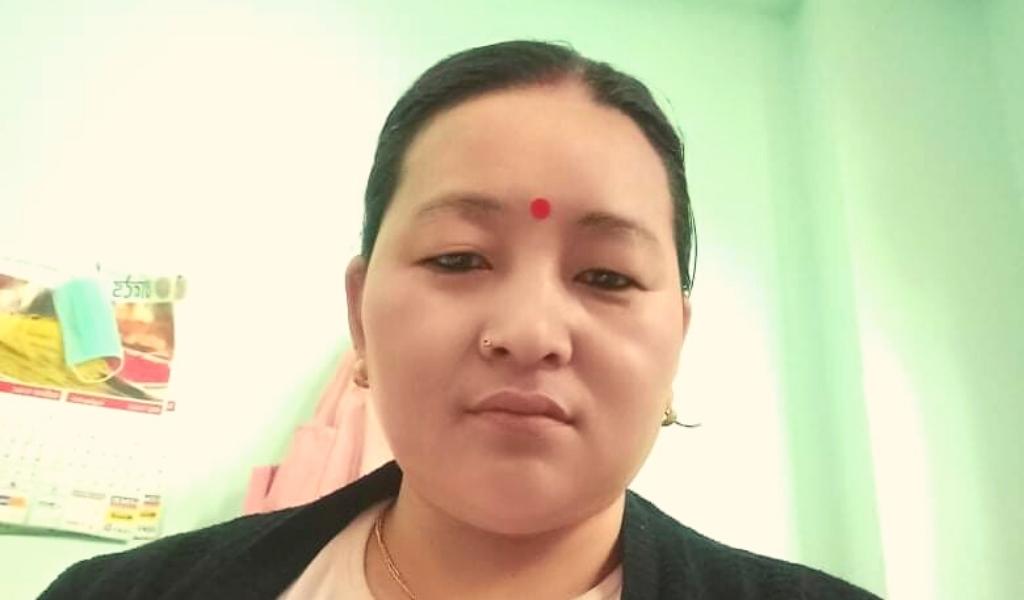 I am Binita Rai from Udayapur and I came to Kathmandu with a big dream together with my husband and small daughter. But getting a job is not easy, we struggled a lot. 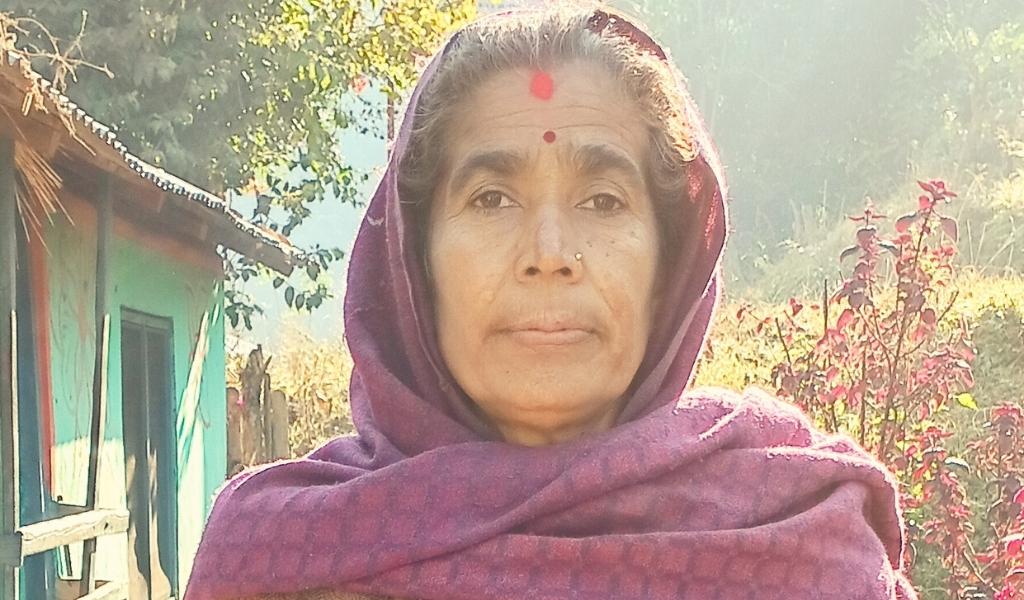 I am Durga Devi Silwal from Bhanu Municipality ward no 9 Chittikhola. I am staying with my mother and younger brother. I am married but separated after one year. 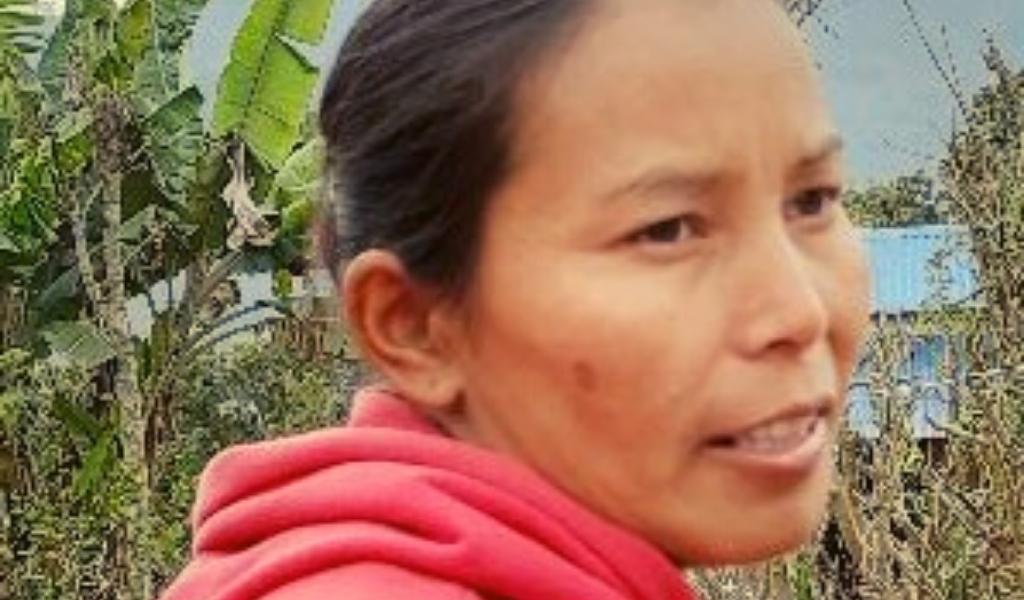 My name is Sunita B.K. I’m 31 years old. I live in a small house with a small family of 4 members. I work as a gardener at the small park of Naya Pauwa. 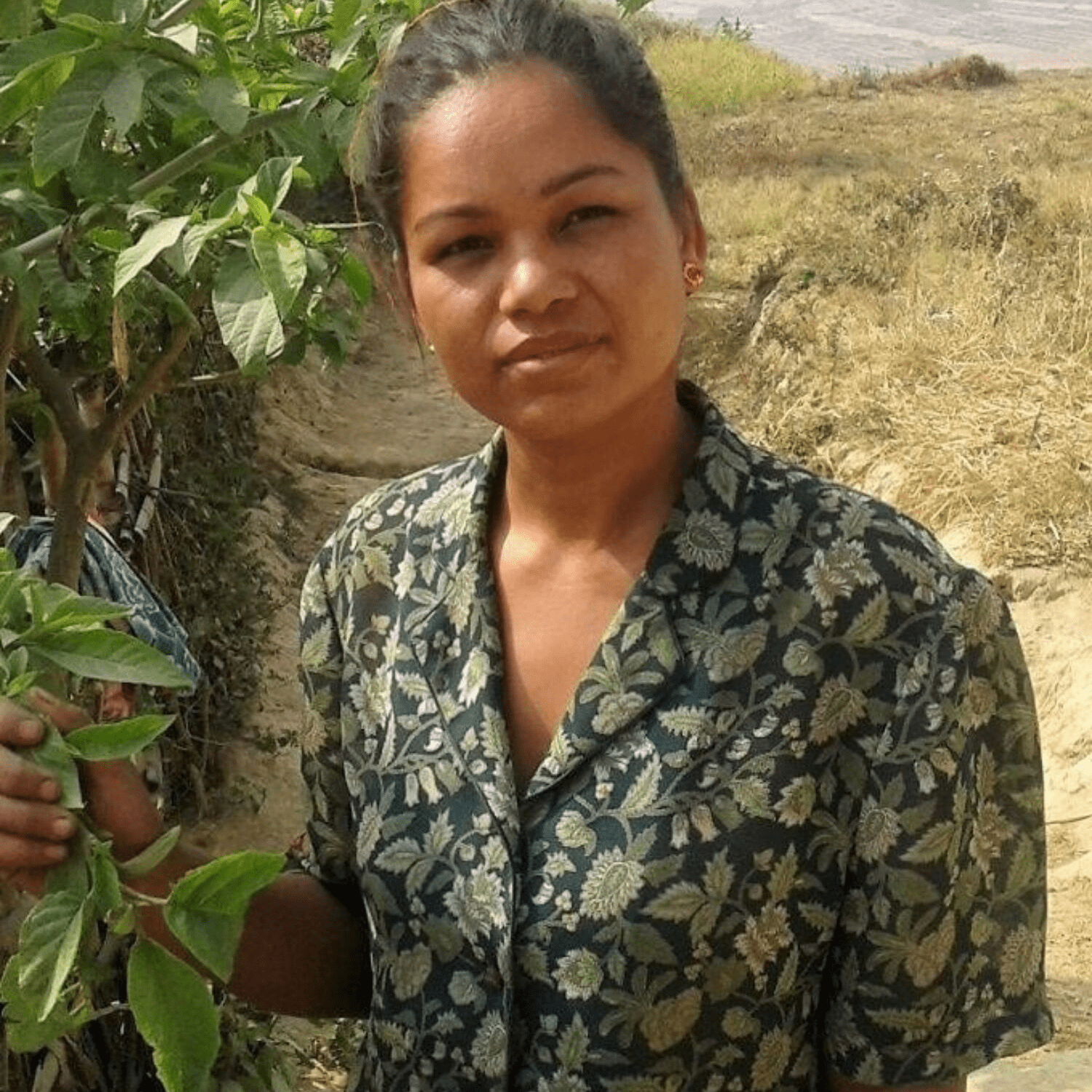 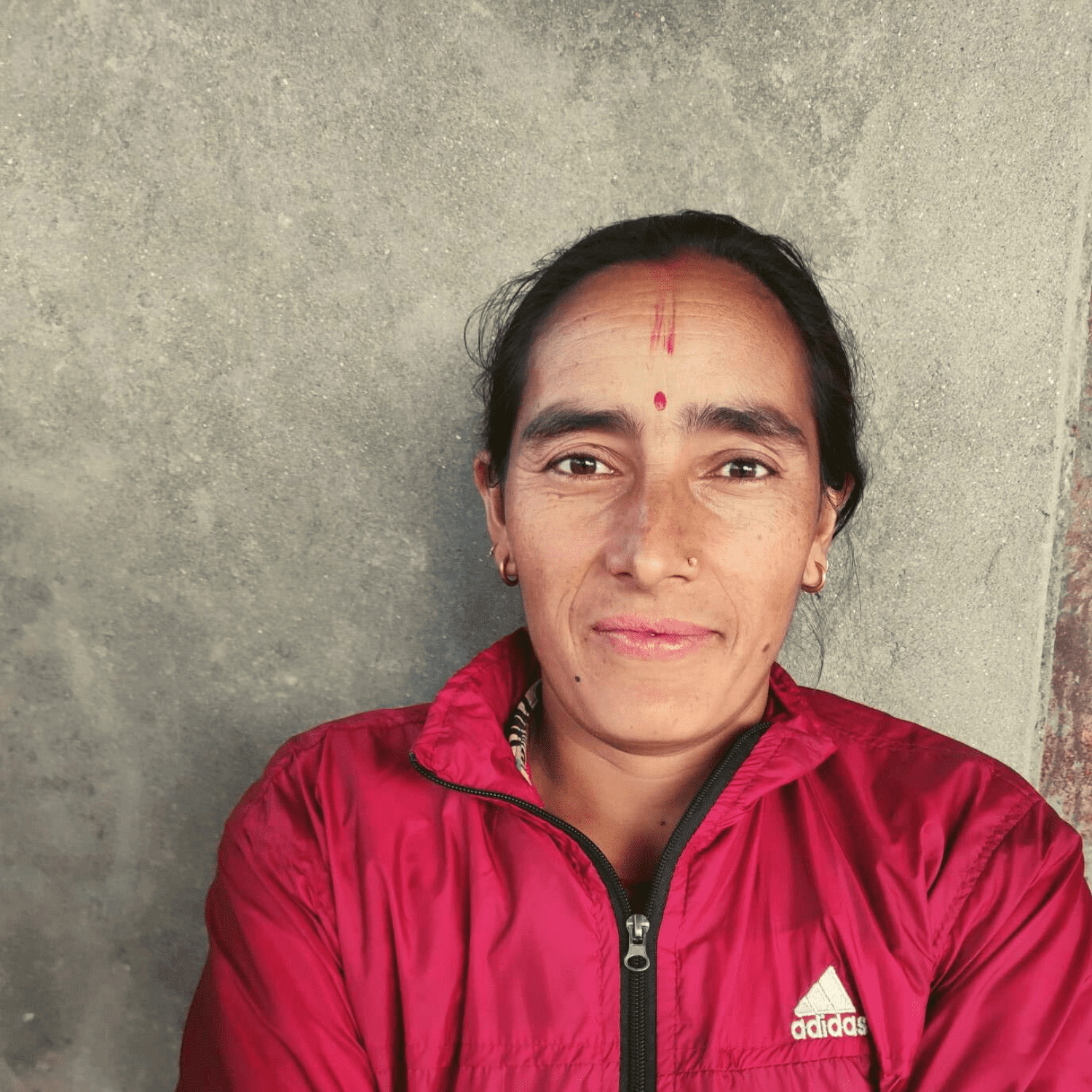 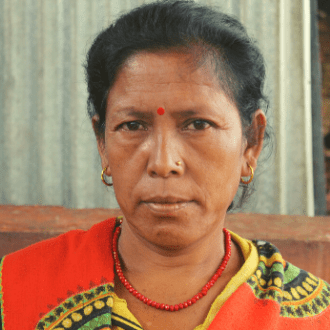 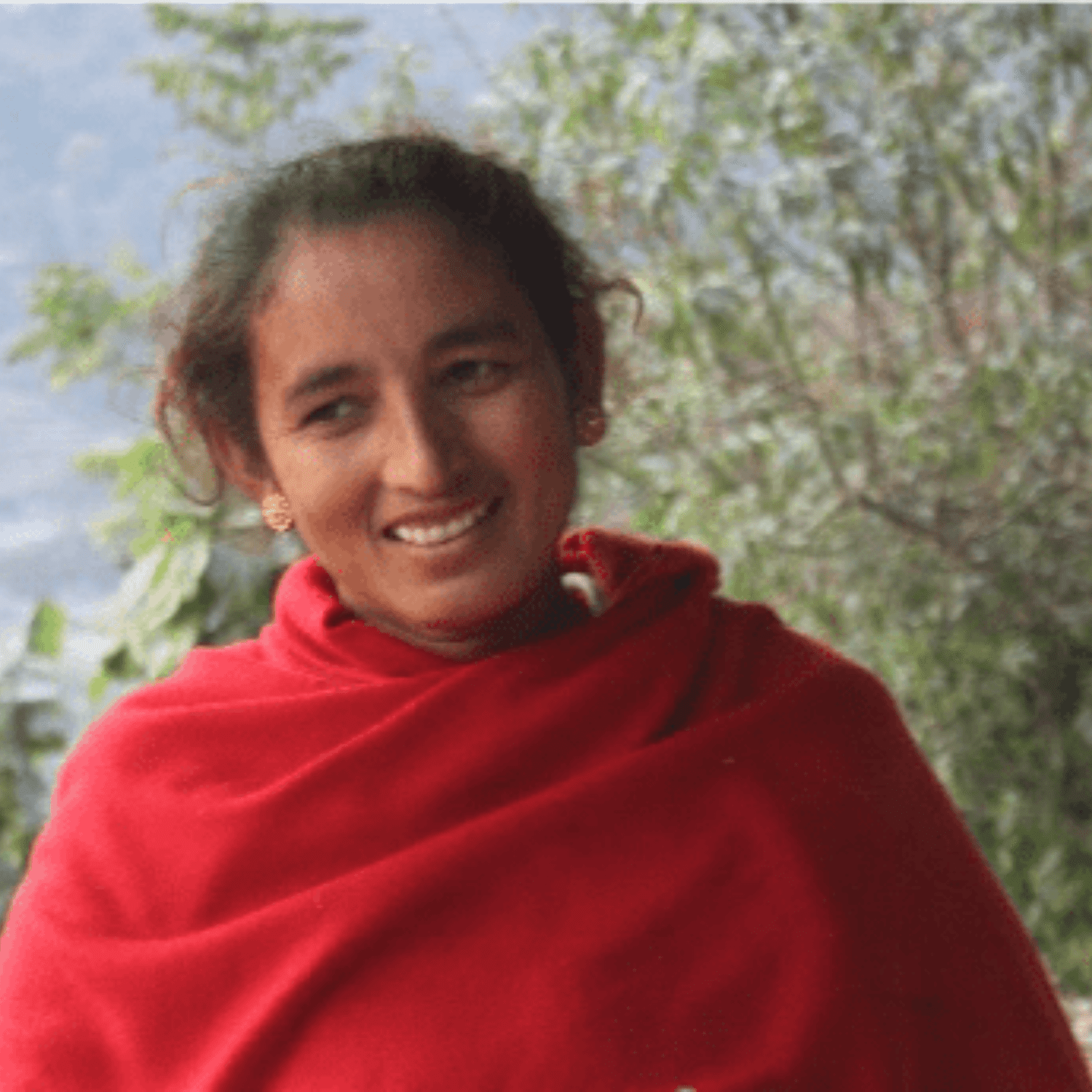